Back in June 2011 the Bath and North East Somerset County Council became the first local authority in the country to pioneer Led Street Lights.

The eco-friendly lights were installed at the Hicks Gate roundabout in Somerset and will save local tax payers an estimated ￡4,500 a year through lower energy consumption and maintenance costs. As well as taxpayers money the new lights will also help save the enviroment by eliminating 25 tonnes of carbon emissions.

The street lights, which previously used 250 watts, now only use 169 watt, making them roughly 40 per cent more efficient. An additional 20 per cent energy will also be saved by an intelligent dimming system that allows the lights to automatically adjust their brightness according to the time of day and the number of vehicles on the road. 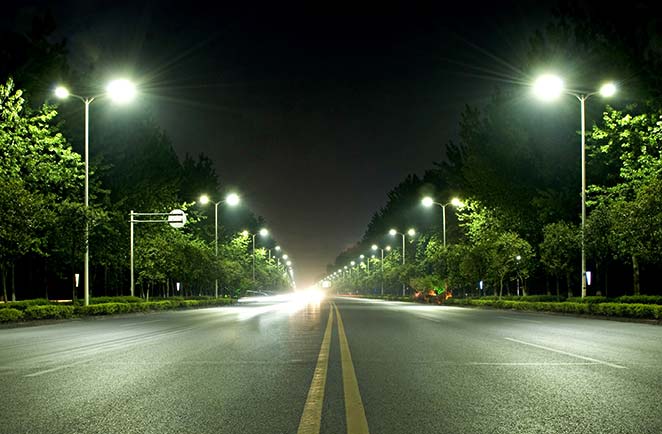 The lights will also have to be replaced less frequently. Replacing these lights is both time consuming and expensive, but as the LED arrays have a life expectancy of 60,000 hours, five times longer than a traditional street lamp, they will only have to be replaced once every 16 years.

By producing a much clearer and brighter light the LEDs have also made conditions along the road much safer for pedestrians and cyclists. Their brighter light could also mean that fewer lights are needed in future.

While the Hicks Gate example is innovative, it is by no means the first of its kind. In other parts of the world LED Street Lights are becoming increasingly prevalent.

A forerunner to the Hicks Gate example is Los Angeles, which began the five year long task of replacing its 140,000 street lights with LEDs back in 2009. By doing so the city will save an estimated $10 million a year and reduce its CO2 emissions by 40,500 tonnes.

It also seems that the Hicks Gate example has not gone unnoticed. Since November other UK councils have begun retrofitting their own street lights, with Corby in Northamptonshire being just one example.

Before the LED revolution takes to the streets its a good idea to bring it into your home. Invest in energy efficient LED Lighting today and start saving money straight away. PerhapsHealth Fitness Articles, the same lights would be double of their present value since the long term benefits cannot be ignored.

PREV: Street lights Why LED lights are the best options for outdoor lighting?      NEXT: Use Led Street Light to Illuminate Roads.