Home > About Us > Company History

2003 years, Ningbo Sunle Lighting Electric CO,. LTd was established, and we are committed to Hid lamps research and development and production.

2006 years, the annual output of the HID produced by our factory reaches 100 million RMB.

2008 Years, our factory has ranked among the top 10 Enterprises in Fenghua, Ningbo City.

2013 years, the annual output of the LED produced by our factory reaches 100 million RMB.

2014 years, our factory has introduced new testing equipment (EMC、THD、ESD) and IES equipment, and we have set up a new special project R & D team, working on the Engineering project of LED street lights and LED flood lights.

2015 Years, ALIBABA and MADE IN CHINA e-commerce website have been successfully opened,Our international business has grown to more than 66 countries.

2016 Years, Our factory set up Ningbo Branch Office, to expand the volume of business, committed to providing customers with better pre-sale and after sales services.

2017 Years, our factory develops and designs 3-5 kinds of LED street lights and LED flood lights every year, to keep pace with the times.

2018 years, our factory has made the new ISO9001 quality certification system, and have made a series of product certification according to the product. Such as: E/EMC/LVD/IP65/ROHS/TUV… 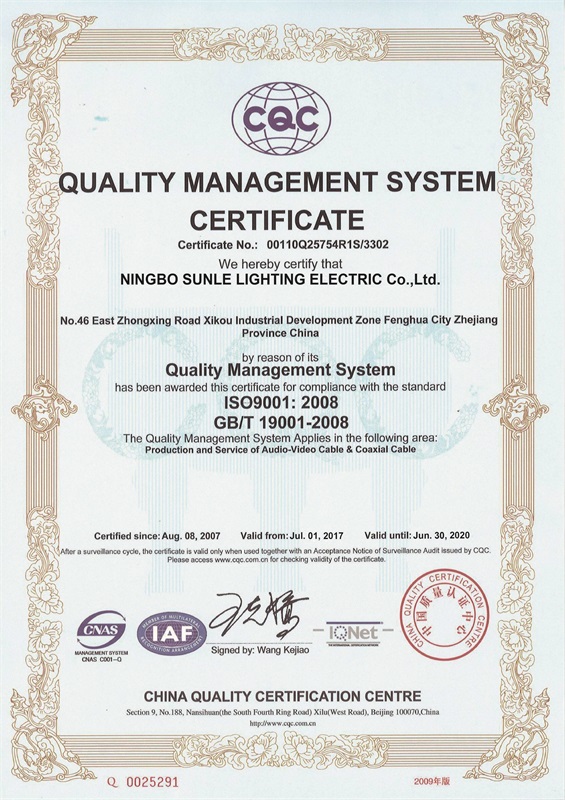 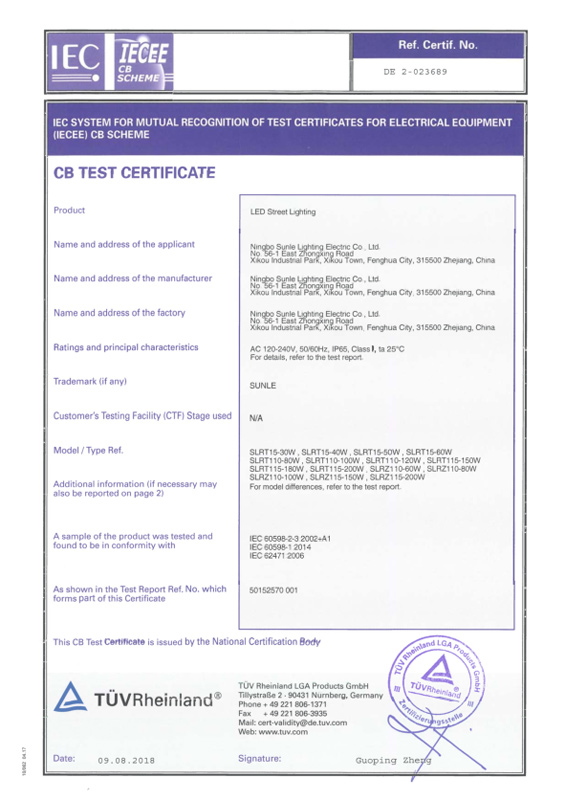 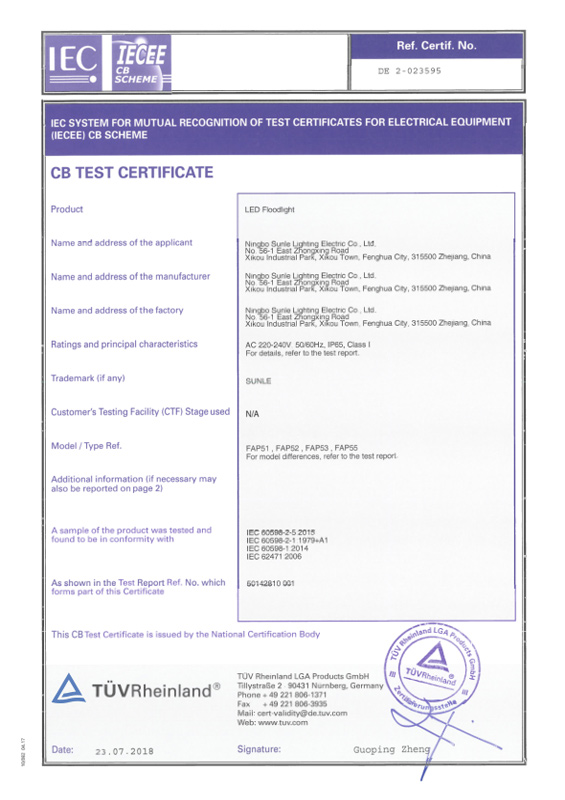 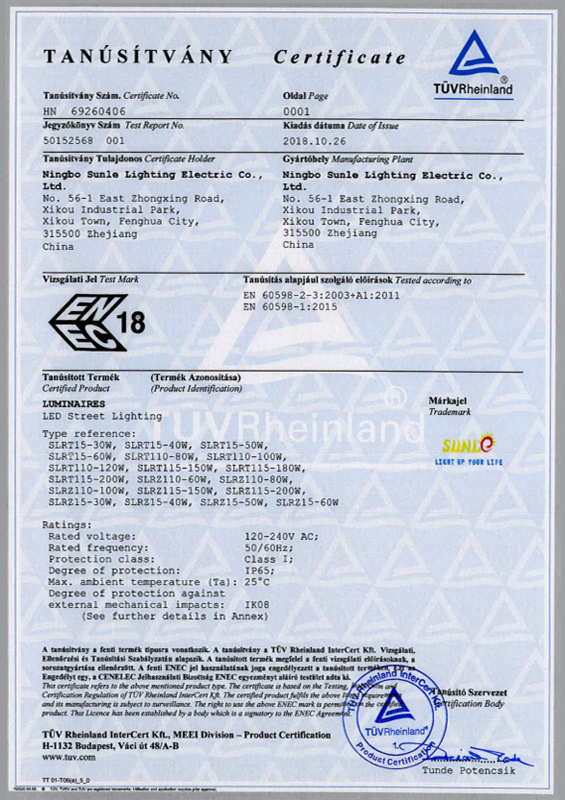 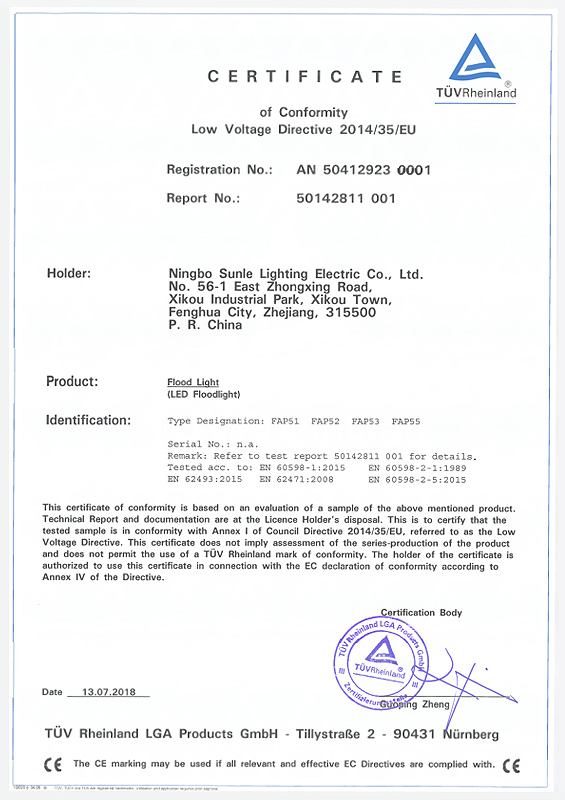 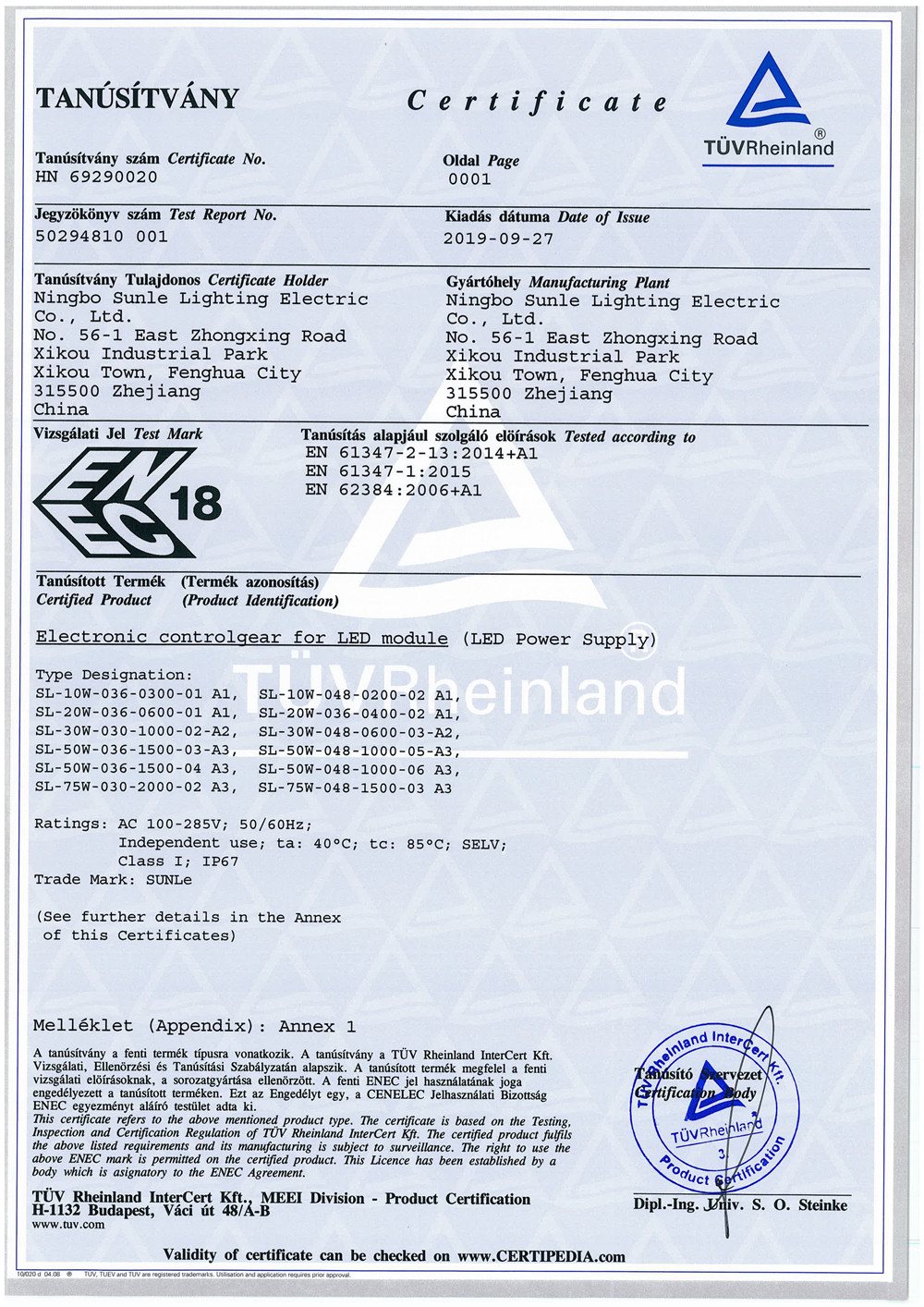 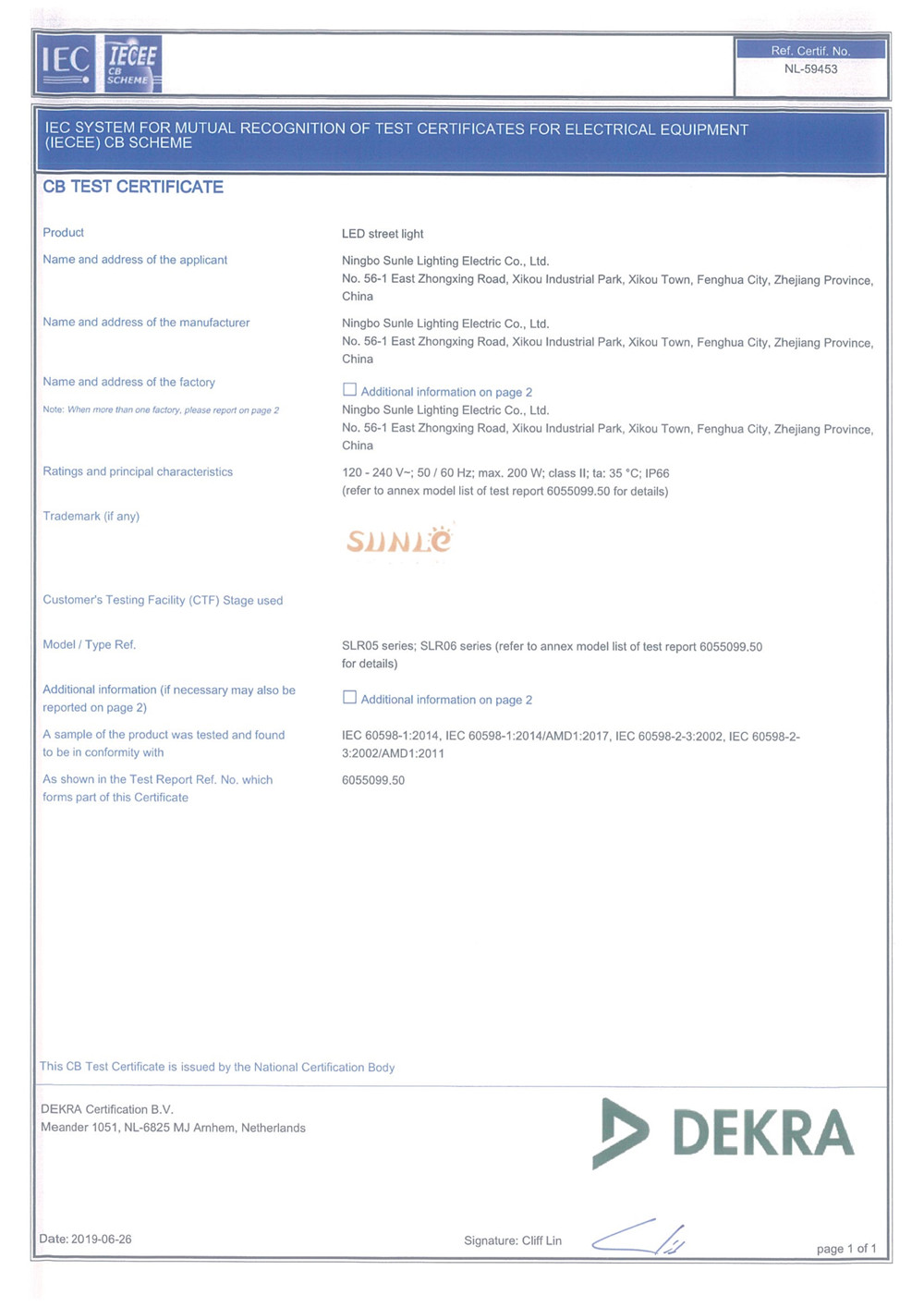 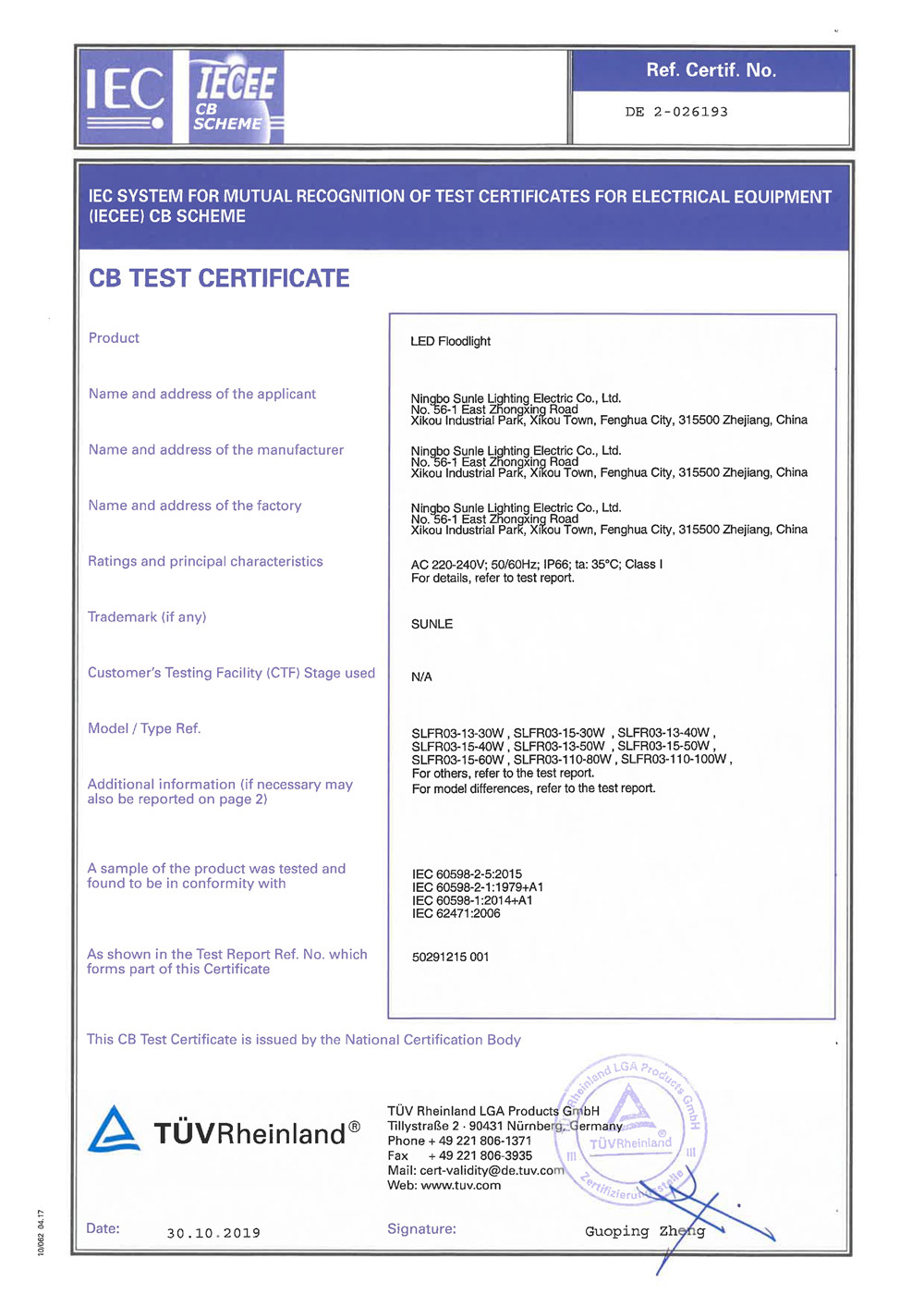 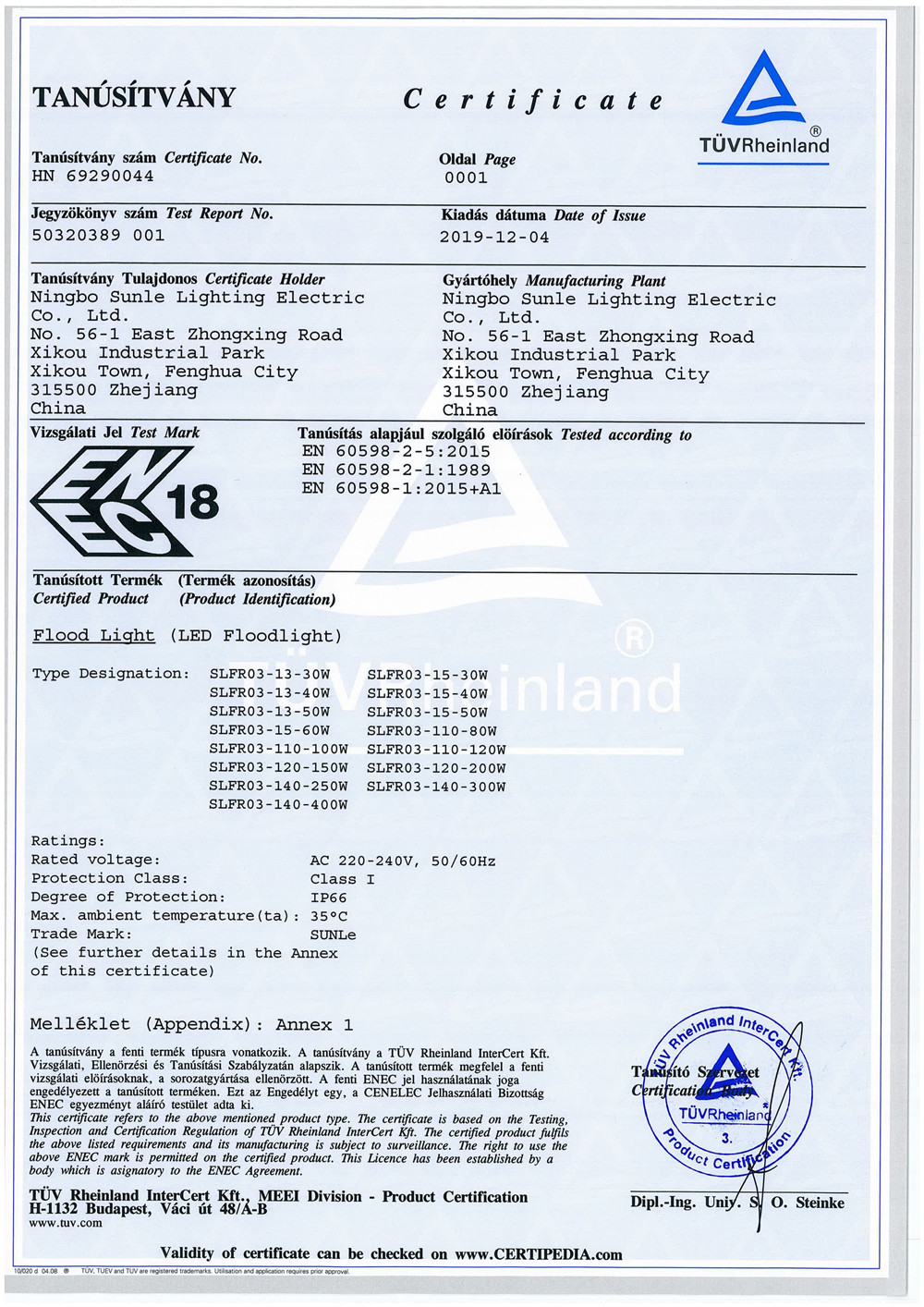 We have a strong R&D team,and we can develop and produce products according to the drawings or samples the customers offered.

We have our own die casting and processing factory.So we could provide products with cheap price and good quality.

We have our own testing lab and the most advanced and complete inspection equipment,which can ensure the quality of the products.

We based on high-grade and high-end market, our products meet international standards and mainly be exported to Europe, Australia, the Middle East, South Africa, South America, Asia and other destinations around the world.

We are only 20 kilometers away from the Ningbo Port,it is very convenient and efficient to ship goods to any other countries.