Home > News > Industry News > How does the heat of the LED street light generate?

How does the heat of the LED street light generate?

In the end, only about 30-40% of the input electrical energy is converted into light energy, and the remaining 60-70% of the energy is mainly generated by the lattice vibration of non-radiative recombination. form heat energy. So, does the LED street light generate heat? How much heat can it generate? How much heat does the LED generate?
As the chip temperature increases, non-radiative recombination is enhanced, further weakening the luminous efficiency. A lot of heat, Led Street Lights Manufacturers, that problems occur during use. In addition, many people who use high-power Led Street Light for the first time do not know how to effectively solve the thermal problem, making product reliability a major problem.
Under the forward voltage of the LED, the electrons obtain energy from the power supply, and under the driving of the electric field, they overcome the electric field of the PN junction and transition from the N region to the P region, and these electrons recombine with the holes in the P region. Since the free electrons drifting to the P region have higher energy than the valence electrons in the P region, the electrons return to a low-energy state during recombination, and the excess energy is released in the form of photons. The wavelength of the emitted photons is related to the energy difference Eg. It can be seen that the light-emitting region is mainly near the PN junction, and the light-emitting is due to the recombination of electrons and holes to release energy. In a semiconductor diode, electrons encounter resistance all the way from entering the semiconductor region to leaving the semiconductor region. Simply from a principle point of view, the physical structure of a semiconductor diode Simply from a principle point of view, the physical structure of a semiconductor diode has the same number of electrons emitted from the source negative electrode and electrons returned to the positive electrode. Ordinary diodes, when the recombination of electron-hole pairs occurs, due to the factor of energy level difference Eg, the released photon spectrum is not in the visible light range.
On the way inside the diode, electrons will consume power due to the existence of resistance. The power dissipated follows the fundamental laws of electronics:
P=I2R=I2(RN++RP)+IVTH
In the formula: RN is the bulk resistance of the N region
VTH is the turn-on voltage of the PN junction
RP is the P-region bulk resistance
The heat generated by the power consumed is:
Q=Pt
In the formula: t is the time when the diode is energized.
Essentially, the LED is still a semiconductor diode. Therefore, when the LED is working in the forward direction, its working process conforms to the above description. The electrical power it consumes is:
PLED=ULED×ILED
Where: ULED is the forward voltage across the LED light source:
ILED is the current flowing through the LED
This consumed electrical power is converted into heat and released:
Q=PLED×t
In the formula: t is the power-on time
In fact, the energy released by electrons when they recombine with holes in the P region is not directly provided by the external power source, but because the electron is in the N region and there is no external electric field, its energy level is higher than that of the P region. The valence electron energy level is higher than Eg. When it reaches the P region and recombines with the hole to become the valence electron of the P region, it will release so much energy. The size of Eg is determined by the material itself and has nothing to do with the external electric field. The effect of the external power source on the electron is only to push it to move in a directional manner and overcome the effect of the PN junction.
The heat production of LED street lamps has nothing to do with light efficiency; there is no relationship between a few percent of the electric power to generate light, and the remaining few percent of the electric power to generate heat. Through the understanding of high-power LED heat generation, thermal resistance, junction temperature concepts and the derivation of theoretical formulas and thermal resistance measurement, we can study the actual packaging design, evaluation and product application of high-power LEDs. It should be noted that heat management is a key issue at the current stage when the luminous efficiency of LED products is not high. Fundamentally improving the luminous efficiency to reduce the generation of heat energy is the bottom line. This requires chip manufacturing, LED packaging and application product development. Technological progress in all aspects. 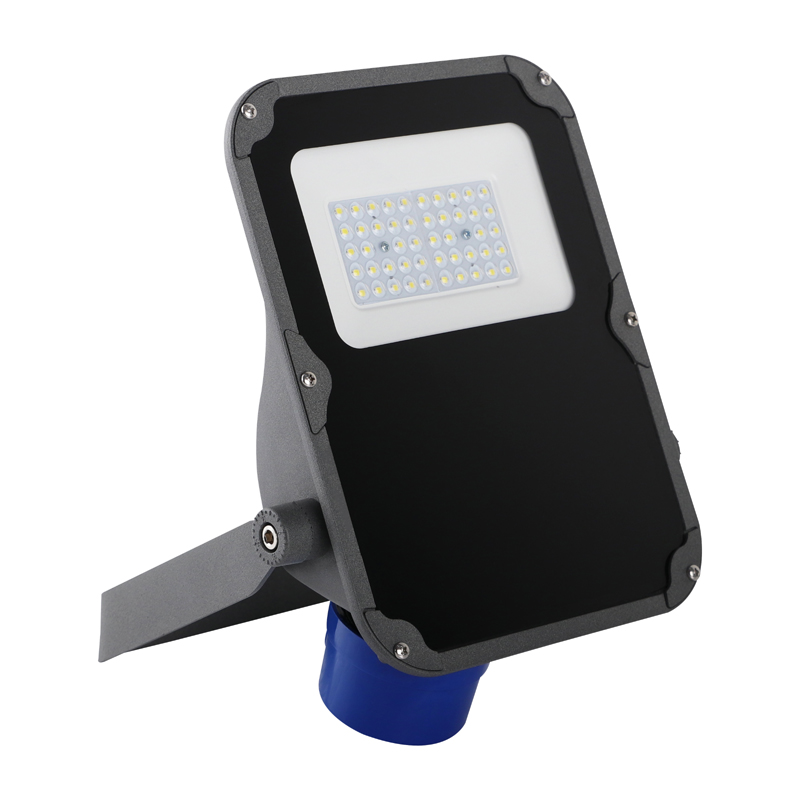